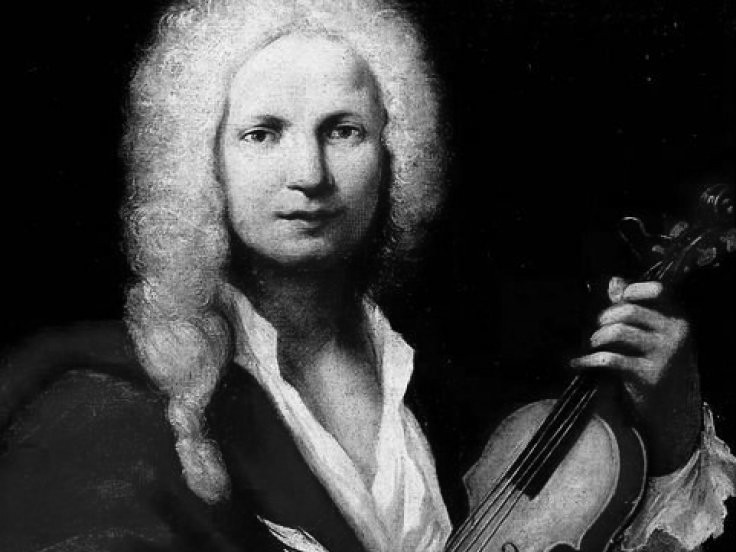 For such an outstanding composer, relatively little is known about Vivaldi's life beyond the fact that he was born and raised in Venice. This is ironic, considering this great Baroque composer's close association in the public's mind to everything Venetian – an association only rivaled by Canaletto.

Vivaldi's father was a violinist at St. Mark's, and there are indications that the young Antonio received his early musical schooling from within the family. He studied to be a priest, and was ordained in 1703. Afterwards, Vivaldi gave up any pretense of being a man of the cloth and instead concentrated on his musical career. The same year, he was appointed as maestro di violino by the Ospedale della Pieta, a charitable religious foundation dedicated to the education and upbringing of female orphans. His relationship with the Pieta would last for the rest of his life, and was a central point around which his musical activities would revolve.

Thus began the career of the man known to all as "Il Prete Rosso" (the Red Priest), due to his extraordinary shock of red hair. It's possible that Vivaldi's decision to join the priesthood solved the problem of earning a living and thus allowed him to practice the art he was obsessed with. It is clear that his family was not well-off and was unable to support him in the manner of Albinoni, who remained an amateur composer until well into his thirties. That Vivaldi was appointed, in part at least, because of his composing abilities seems assured by the fact that his superior at the Pieta was Francesco Gasparini, a former pupil of Corelli and a capable operatic composer.

Vivaldi's skill as a violinist as well as his organizational abilities made him the ideal man for the role. The instrumental ensembles of the Pieta, already acknowledged as unusually high in achievement, eventually became a source of public admiration, and Sunday concerts were often attended by capacity crowds. Vivaldi's role enabled him to experiment with his compositional ideas and techniques, and by 1705, he had earned enough of a reputation to publish his Opus 1, a series of trio sonatas. Three years later, his Opus 2, a set of violin sonatas, appeared. It is evident, however, that some of his concertos were already in private circulation, and that the publication of L'Estro Armonico, Op. 3 publicly confirmed what a number of Venetians had begun to grasp: that here was a genius who was bringing the Baroque concerto form to its pinnacle of perfection while simultaneously initiating a new approach to instrumental musical expression.

What Vivaldi achieved with this vastly important collection was the definitive organization of musical material into a unified and highly expressive form which allowed for, up until that time, an unimagined freedom of invention as well as an enormous capacity for drama and surprise. He aimed for simplicity and clarity at all times, avoiding the bombastic and portentous, and instead concentrated on telling phrases and expressive sweeps of a single melody perfectly accompanied by flawless harmonies transparently scored. L'Estro Armonico was a revelation to his contemporaries, rendering obsolete all that came before it in the genre. After this, there was nothing more for other Italian composers to do but to try to beat Vivaldi at his own game. Few came close, for Vivaldi had such a wonderful combination of passion and imagination, elegance and poise. It is no accident that the young Johann Sebastian Bach came to know and revere this set of concerti, using it as the basis for his composing. As his early biographer Johann Nikolaus Forkel commented, "He listened to them often, with great attention, and finally conceived the idea of transcribing them for his own keyboard. It was in this way that he learned the logic of musical ideas, their sequence, the correct succession for modulations, and many other things…he learned to think in music…(and)…to borrow his musical ideas not from his fingers, but from his imagination."

Vivaldi, however, did not rest on his laurels; he was intensely interested in opera, and 1713 saw the debut of his Ottone in Villa. This heralded a new era in his compositional life. Increasing amounts of time were spent either composing, sourcing, overseeing or producing his (and other composers') operas. Another important moment in his professional life occurred with the departure of Gasparini, his superior at the Pieta, for Rome in 1719. Vivaldi now had to supply regular musical material for the Pieta's choir in addition to his usual outpouring of instrumental and operatic music. By the end of the following year, Vivaldi was being praised by the Pieta's governors for so quickly delivering a mass, an oratorio, more than 30 motets and a vespers. In 1714, Vivaldi published his Op. 4, La Stravaganza, which made further advances in the evolution of the concerto genre. Time and again, he excites the anticipation of the audience through his clever musical constructions, only to overturn it in the most imaginative and capricious way. This, however, should not give the impression that these concertos were any less rigorously organized than the former ones. They are every bit as technically perfect, and the underlying musical forms which Vivaldi took for new development point, in part, to concerti grossi models as well as to the solo concerto in which he specialized.

After this series of artistic triumphs, Vivaldi increasingly applied for leaves of absence to travel extensively throughout Italy and abroad. There was a period of time (estimated to be about four years, although the actual dates vary from between 1707 to 1721) when he was in the service of Philip von Hessen (of Hesse-Darmstadt), the Governor of Mantua. While in Mantua, he met a singer, Anna Giraud, who later appeared as the soprano lead in many of his operas. Their relationship remained close, and Anna, along with her sister, often acted as his traveling companion.

His concertos continued to be published in Amsterdam, with Opus 7 appearing in 1716. His crowning glory, Opus 8, appeared in 1725, although the music had probably been composed beginning in 1720. This set of 8 concerti, entitled Il Cimento dell' Armonia e dell' Inventione included the now universally acclaimed four concerti entitled, Le quattro stagione (The Four Seasons), which were accompanied by brief poems describing the seasonal images that Vivaldi wished to echo in his music. The second section included the famous La Tempesta di Mare (Storm at Sea) and La Caccia (The Hunt), violin concertos which were every bit as visual as the previously mentioned four works. These works were all dedicated to the Bohemian Count Wenzel von Morzin, a Habsburg potentate with whom Vivaldi regularly associated.

The composer, meanwhile, had been to Rome from 1723 to 1724, where he was given the opportunity to impress the Pope, playing before him to sustained applause. By 1727, he was ready to publish his last great set of concerti, La Cetra (The Lyre), Op. 9. This was dedicated to the Austrian Emperor, Charles VI, with whom Vivaldi seems to have become acquainted in Vienna during the mid-1720s. The Emperor, a great music enthusiast as well as a keen amateur composer and keyboard player, was extremely impressed with Vivaldi. This is born out by a report of their later meeting in Trieste in 1728, which stated, "The Emperor conversed for a long time with Vivaldi about music; they say that he talked longer to him in private in 15 days than he talks to his ministers in two years." It is interesting to note that there exists a second set of 12 concertos entitled La Cetra, which are dedicated to the Emperor and contains just one work common to both sets, which remained in manuscript form during Vivaldi's lifetime. The music in this later set is every bit as compelling and inventive as earlier collections, with the quality of the composing consistently high.

With this work and the corresponding operas of the late 1720s and early 1730s, Vivaldi passed from the pinnacle of his profession into a long decline. New composers and new styles of Italian opera and chamber music were vying for the public's attention, especially those from Naples. Vivaldi, now in his mid-fifties, was beginning to be taken for granted by his audience. His absences from Venice and the Pieta were also telling, as the tide of public opinion turned, and when his great patron Philip von Hessen died in 1736, church authorities lost little time making him feel uncomfortable in Venice. In 1737, his operas were banned on the pretext that he was regarded as a lapsed priest due to his association with Anna Giraud, and the following year the governors of the Pieta used similar reasoning in their decision not to renew his contract. By 1740, tired and increasingly isolated, Vivaldi left Venice once more and traveled to Vienna, perhaps with the hope of gaining a position there. Like Wolfgang Amadeus Mozart 40 years later, he was disappointed. His great friend, Emperor Charles VI, had died just prior to his arrival, and the new rulers were already involved in what became the War of Austrian Succession. Vivaldi spent the winter in Vienna hoping for an upturn in his fortune, but nothing transpired. By spring, he was weak and ailing, and in July, at the height of summer, he died. He was buried, again like Mozart, in a pauper's grave.

With a catalog of works including nearly 500 concertos alone, and considering that Vivaldi himself only published, in the collections detailed above, nearly 100 concertos, there are a vast number which are not in any way conveniently collected and are only identifiable by instruments, keys employed and RV numbers. The most famous sets of concertos, Opus 3 and Opus 8, the latter including The Four Seasons, contain the richness and freshness of Vivaldi's innovation during his early and mid-career periods. The Opus 3 L'Estro Armonico concertos are greatly varied in terms of the combination of solo instrumentation, while Opus 8 reflects the pinnacle in terms of Vivaldi's marvelous ear for the sounds of nature as well as his ability to convert what he saw around him into musical phrases. Apart from the concertos written for one, two or three violins, there are over 20 cello concertos, nearly 50 bassoon concertos, 20 concertos for the relatively new oboe, a few concertos for the very new clarinet, concertos for mandolins as well as the ravishing Opus 10 flute concertos.

As with the concertos, Vivaldi's sacred music is usually represented by his Glorias (RV 589 and 588), but there are also a great number of more beautiful and often moving pieces written for religious settings, including a Stabat Mater RV 621 and more than 20 cantatas.  There is no doubt that Vivaldi was serious about his stage works, claiming to have produced close to 100 of them in the 28 years between his first and last operas. This can no longer be authenticated, although nearly 50 can be accounted for. Unfortunately, only a few scores have been located, and only a handful of the operas that have survived have received professional productions in modern times.