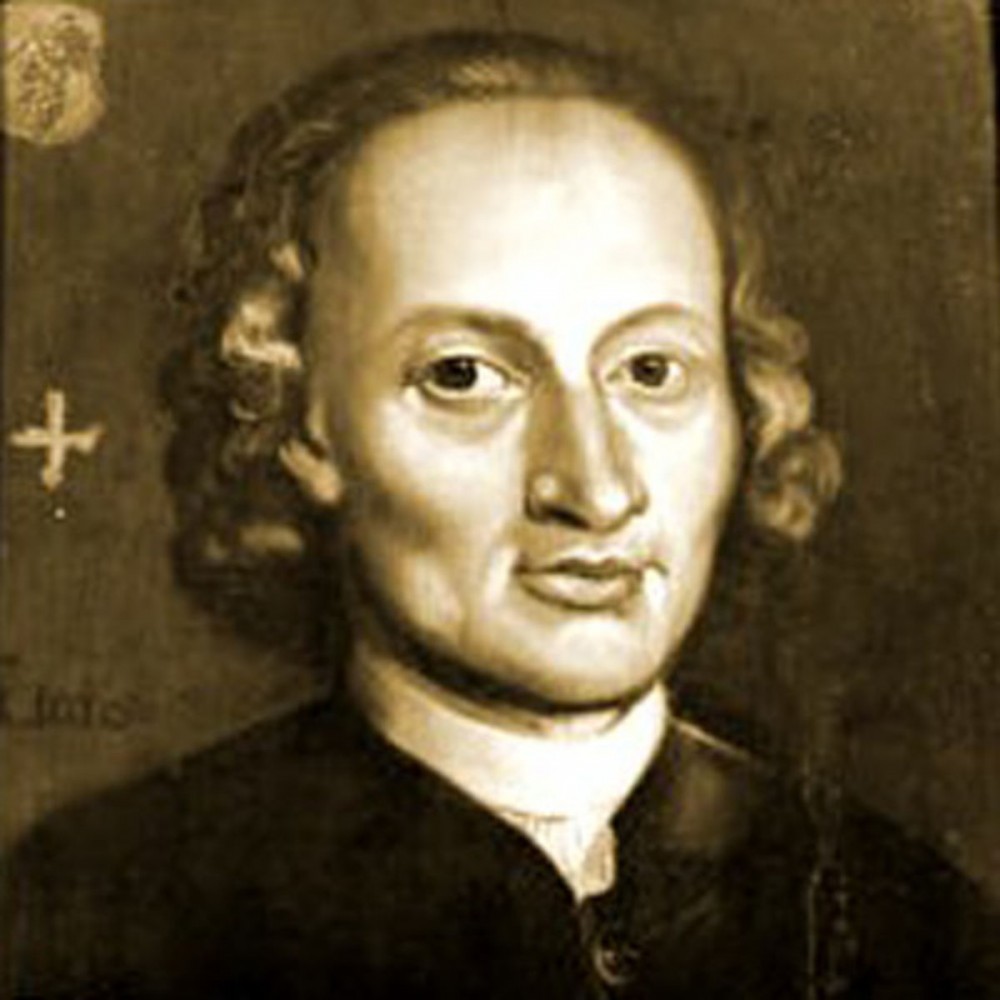 Johann Pachelbel (September 1, 1653 - March 9, 1706) was born in Nuremberg, then one of the so-called "free" imperial cities and a great center of learning and culture, a took instructions from Heinrich Schwemmer. After leaving school in 1669, he spent a year in Altdorf before moving to Regensburg where he began to make valuable contacts with musicians associated with the Austrian Court in Vienna. By 1673 he was living in Vienna, where he was deputy organist at St. Stephen's Cathedral and took music lessons with Johann Kaspar Kerll, who fashioned Pachelbel's sophisticated organ style. The younger man often deputized for Kerll on the organ of the Predigerkirche.

In 1677 Pachelbel left Vienna and began a peripatetic period in his life where he held the organ position in churches in many towns across the central and southern German states, including Eisenach and Erfurt (where he came into contact with the Bach family, including Ambrosius Bach, Johann Sebastian Bach's father), Stuttgart and Gotha. He remained in Gotha from 1692-95, then return to his home city of Nuremburg, this time on a substantially different footing than when he had left it; Pachelbel was by now a famous and influential figure in the world of music, his especial skill in composition – his infinitely inventive creation of chorale variations stressing the importance of cantabile and clarity of line – proving especially popular and definitive in the world of organ music at that time. His many pupils included Johann Sebastian Bach's elder brother Johann Christoph, who was one of many to digest his methodology and carry his compositional message to others.

Pachelbel had return to Nuremberg to succeed to his old teacher Georg Kaspar Wecker at the church of St. Sebaldus, a position he retained until his death at the age of 52. Most of his music was written for the organ, but some of his earliest surviving works are a set of motets including Nun danket alle Gott and Der Herr ist König, written during his time in Erfurt, which are a models of clarity and tunefulness. His greatest compositional achievement is generally recognized to be the Hexachordum Apollinis of 1699, six sets of keyboard variations on various aria, but other worthy efforts include Musikalische Stephens-Gedanken of 1683 and the Musikalische Ergötzung (1695), a series of dance suites written for string trio which were meant for the type of domestic entertainment at court or among musical colleagues supplied in a later generation by Georg Philipp Telemann's Tafelmusik. It would seem that the famed Canon and Gigue for three violins and bass continuo was probably written for a similar Hausmusik function; its orchestration occurred much later.