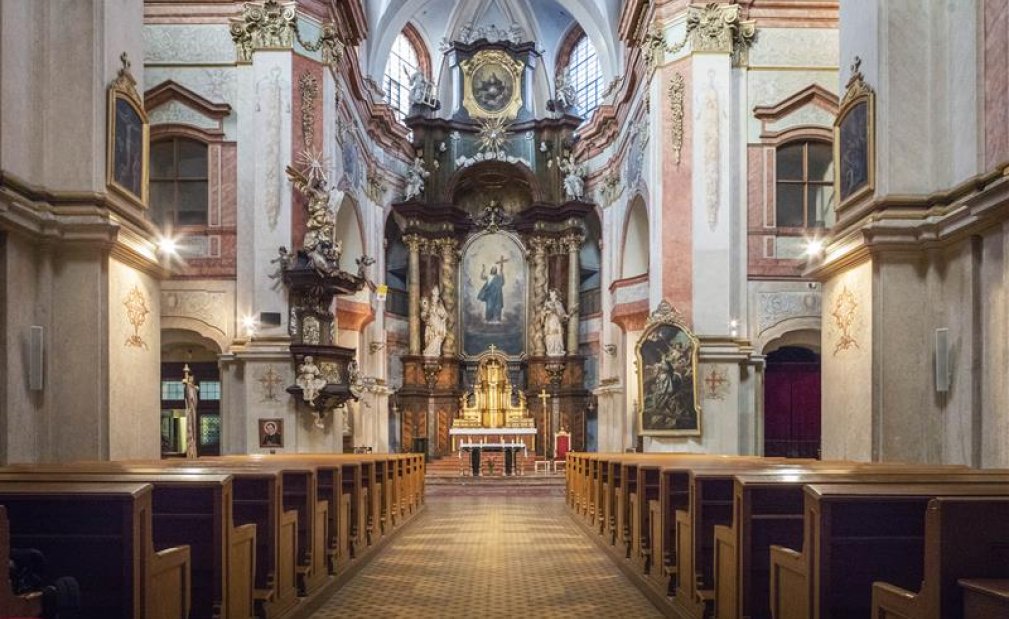 The church, fully named the church of Our Lady of Unceasing Succour and of St. Kajetan, was built in the fine style of Baroque Classicism in the site of two houses between 1691 and 1717 by the Order of Theatines, most likely according to a plan by J. B. Mathey.

The façade was finished off by J. B. Santini who aimed to highlight the height difference compared to the neighbouring Thun Palace. The construction of the church was delayed as it was threatened by the neighbouring Strahov Gate which was falling apart and had to be taken down first; it took two decades for Theatines to get a permission from the Lesser Town authorities.

Precious interior design is the work of sculptors M. V. Jäckel and J. O. Mayer, painters F. X. Balko, M. V. Hawlachs, J. V. Callot, F. Rothmayer and others. The church has been closed down in 1783 by Joseph II but due to a great interest of the religious community, it was re-opened after three years and it fulfilled the filial role of St. Nicholas Church. In 1869 the church and the neighbouring monastery were acquired by the Redemporist Order (Ligurians) which resecrated it to Providence, it was even used for religious purposes under Communism. The church appears in a short story by Jakub Arbes called Last days of the mankind (1895).