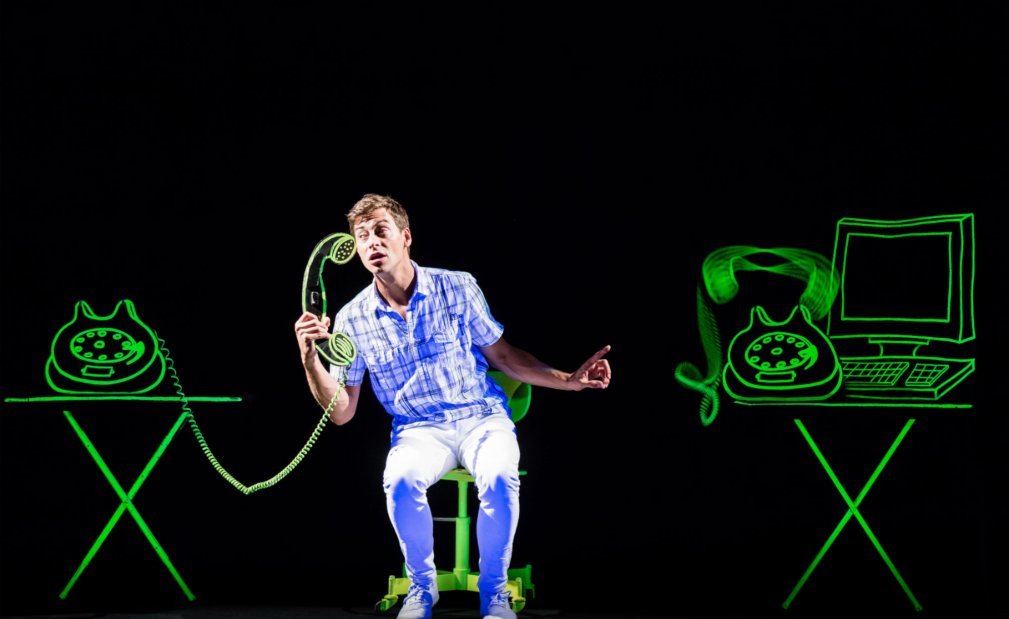 HISTORY OF METRO THEATRE
The predecessor of the Black Light Theatre Metro, Cartoon Theatre, was first presented to viewers in March 17th 1975 by the performance "Clown", written by Frantisek Kratochvil and Vladimir Cabalka. The theme of the play was the structure of human relations, the eternal problem I – You; which reflects in its form the typical relationship between a man and a woman.

The Theatre of Frantisek Kratochvil continued on the stage of Prague Reduta in other productions. A performance "Anatomy of the Kiss" was written in 1991, based on the previous play "Clown".

It was necessary to make a thorough study of the jumbled assortement of women and their souls before it was possible to give a responsible performance of the fruits of their “research“. This Black Light Theatre work confirms a time – honoured truth: “Cherchez la femme“, or “behind everything, you will find a woman“, it affords the viewer a glipmse into the most hidden depths of men´s and women´s soul, and to our surprise we discover old but eternal thruths and facts.

In 2002, the Cartoon Theatre of Frantisek Kratochvil moved from Reduta to the Metro Theatre and thus began its next stage under the name of the Black Light Theatre Metro. At the same time Frantisek Kratochvil started to write a new performance, this time in a close collaboration on direction, screenwriting and choreography with Michal Urban, the director of the theatre. The results of this collaboration are one of the most successful black light theatre performances in Prague "LIFE IS LIFE", "DEJA VU" and the new "The Little Prince TODAY".
The premiere of the performance "Life is Life" in 2007 was highly appreciated by the audience. You can experience a common day and maybe a bit usual life with the main hero. Things around you get a more human form and help you to live a day according to your idea. A computer will welcome you as a good friend, a car will take you to the end of the world, spaghetti will jump straight into a plate. Would you like to play for example volleyball? No problem! If the ball does not get to you, you can get to the ball. The day is full of adventure, but as in life - everything has its end.
The latest premiere held in the Metro Theatre was in June 2014, it was the performance "DEJA VU". The motto of this performance is a quote by Albert Einstein - "I fear the day that technology will surpass our human interaction. The world will have a generation of idiots." The new concept of the original Black Light Theatre seriously and humorously deals with the contemporary lifestyle. It shows how modern communication technology controls a human destiny. It depicts a human life in a humorous way, poetically and truthfully without words using only the visual elements of a black light theatre, dance, pantomime and music.