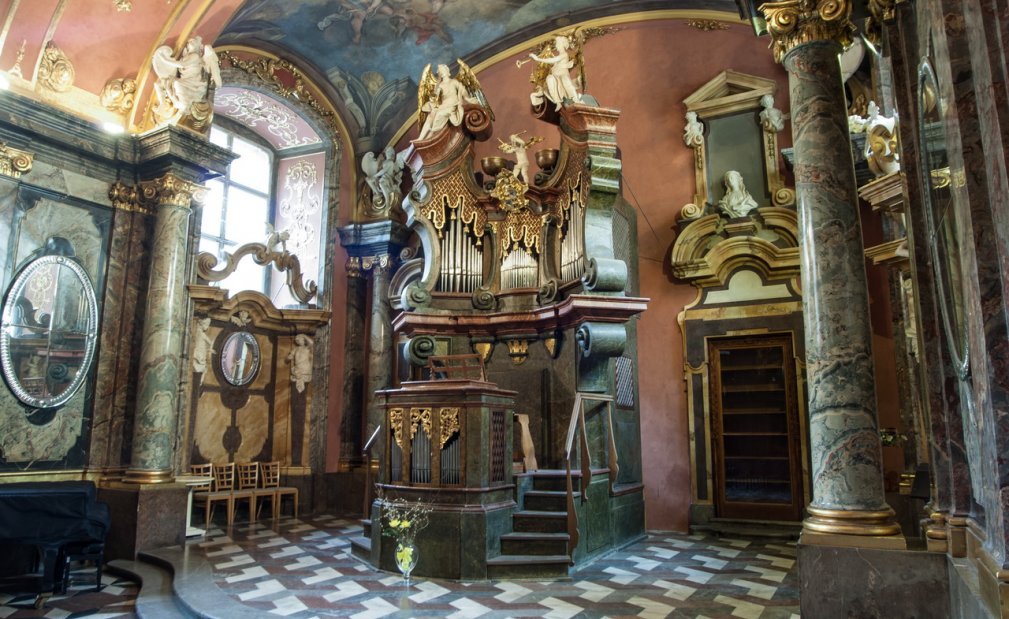 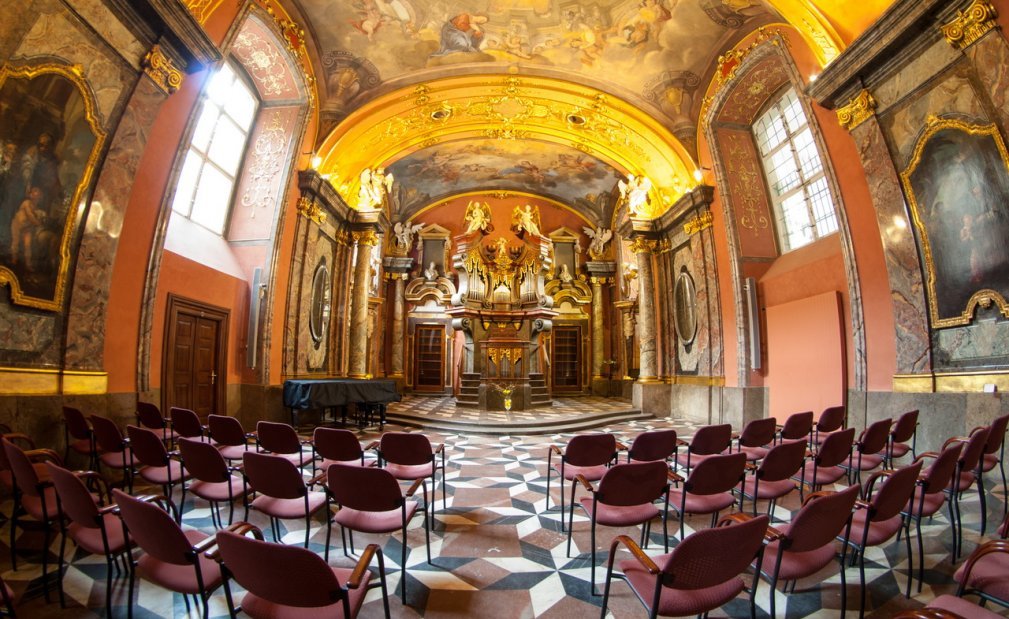 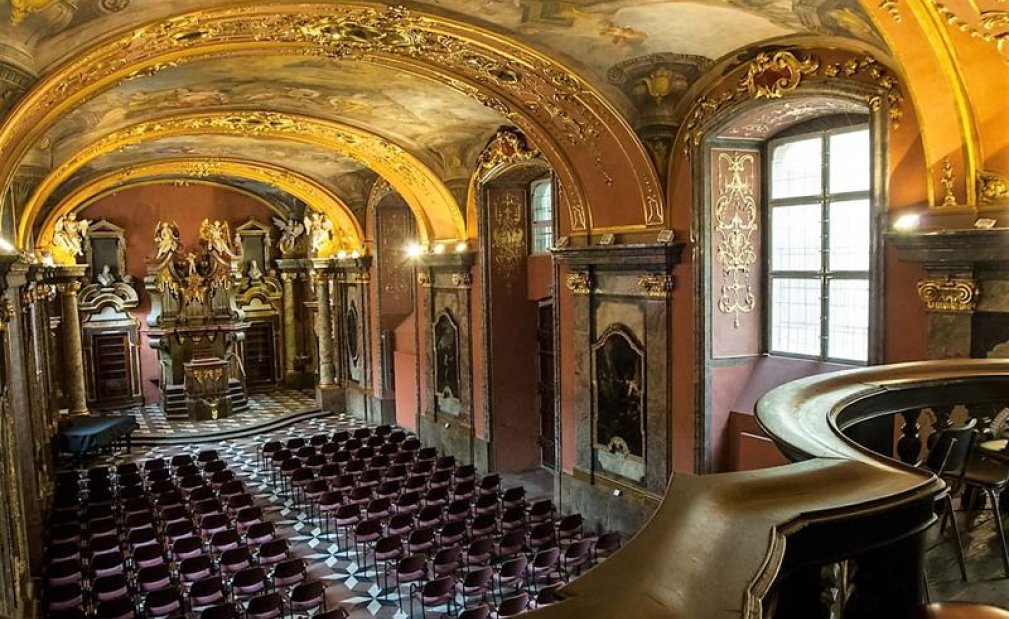 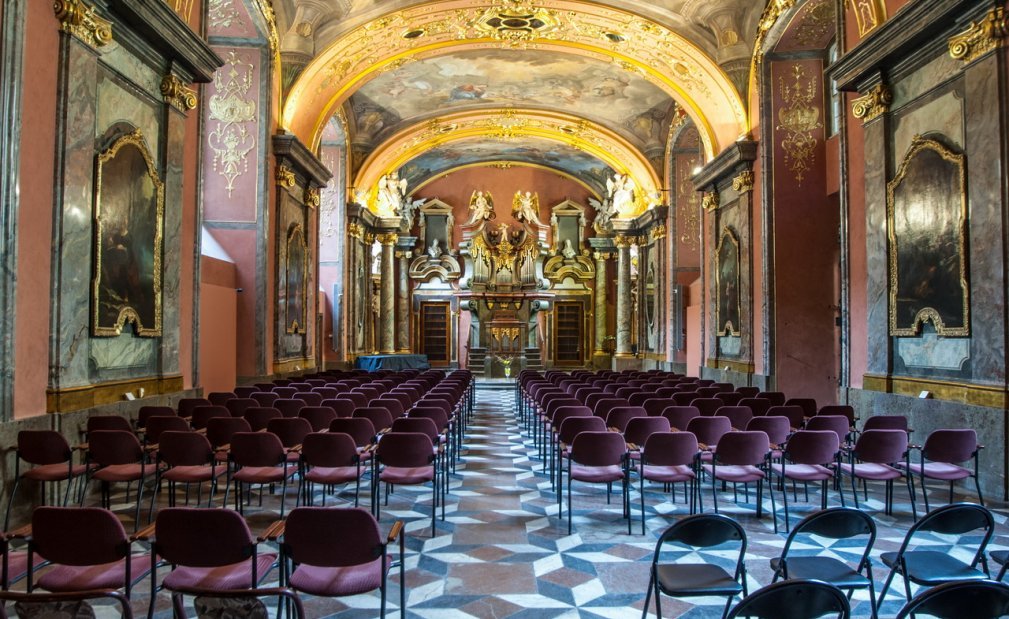 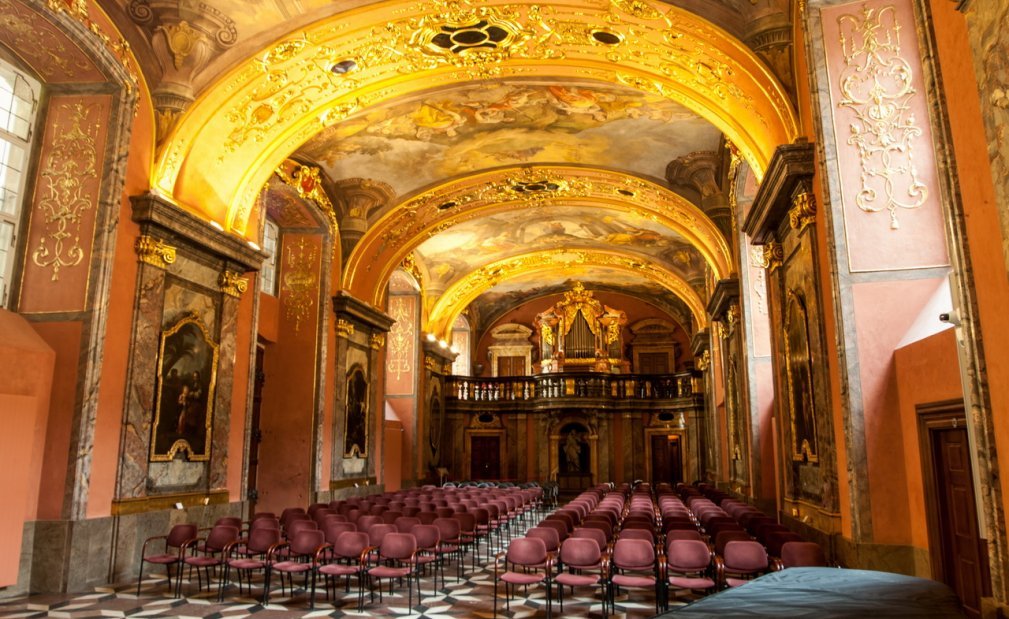 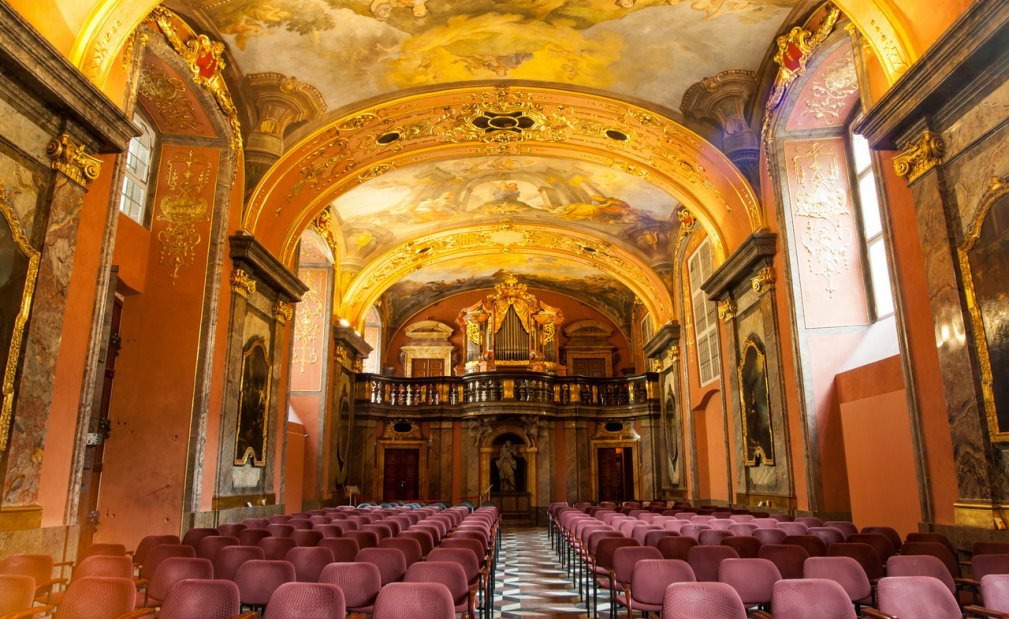 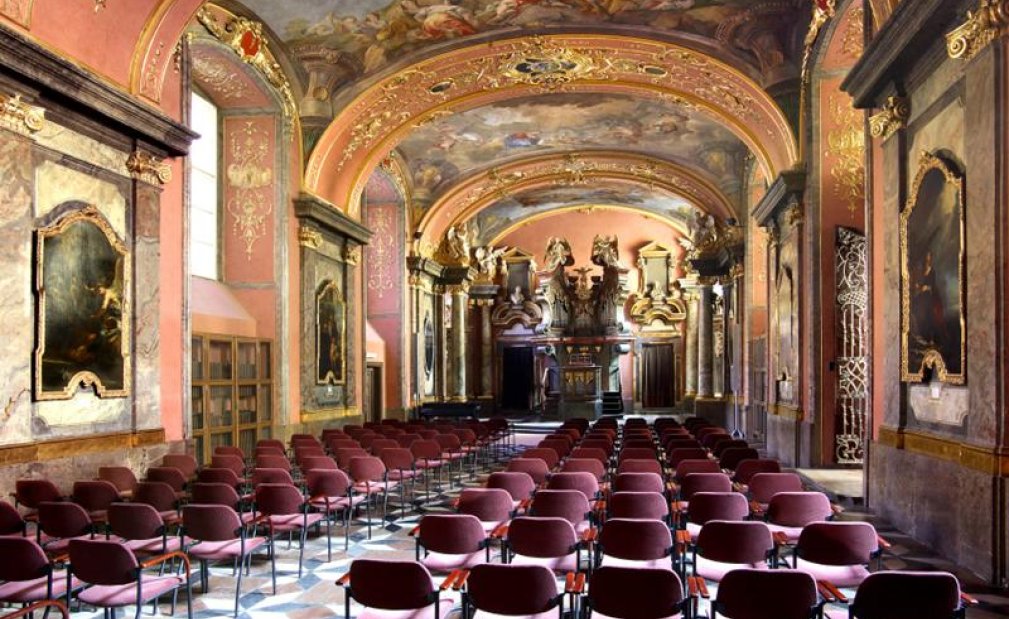 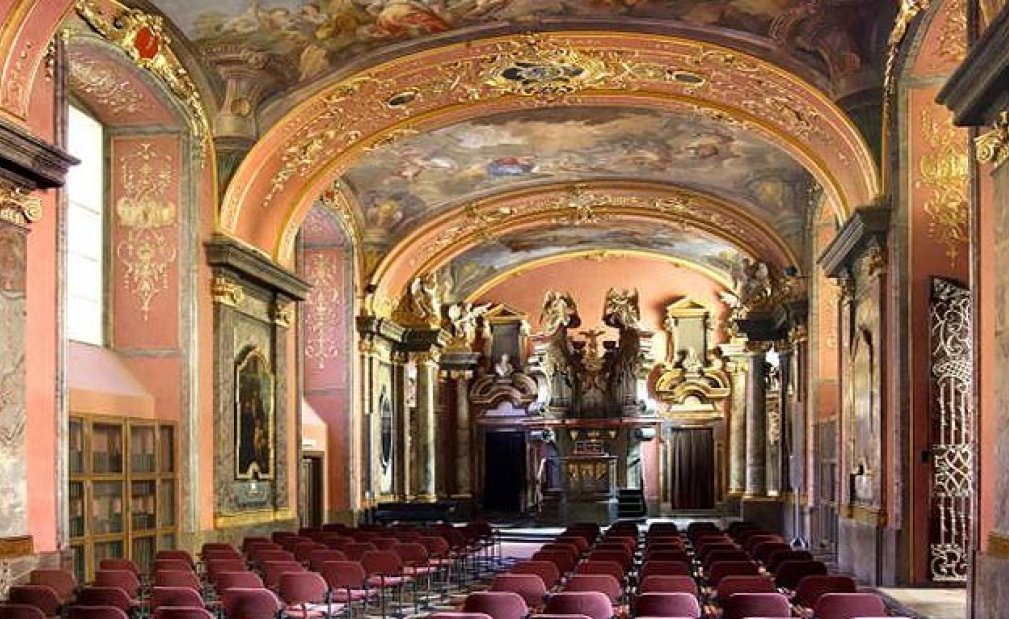 Classical concerts at the Klementinum (Clementinum) belong to the most popular concert events in Prague.

The Mirror Chapel is one of Prague’s unique concert halls. Kilian Ignac Dientzenhofer built this chapel during 1724–25. Its harmonious decoration, where the marbled walls and floors, are well matched with stucco ornamentation, parget colours and ceiling frescoes and mirror decorated ceiling, make it a unique sight, cannot be seen anywhere else. Another exceptional rarity is two different organs placed in this beautiful concert hall. The Mirror Chapel is the only historic buildings of Klementinum, open for public during classical concerts, you should not miss.

The chapel had repeatedly been desecrated and consecrated until it became a Prague classical concert and exhibition hall in 1936.

The Jesuits founded the large complex of Klementinum after their arrival in Bohemia in 1556. Initially, members of the order lived in a former Dominican monastery, but in 1653 began expanding their premises. The reconstruction lasted over 170 years, so there is a variety of architectural styles in Klementinum. With more than two hectares it is also one of the largest building complexes in Europe. Prominent architects were involved in the design of the building, for example, Carlo Lurago, Franz Maximilian Kanka or Kilian Ignaz Dientzenhofer.

Jesuits ran a school at the Klementinum from its foundation, in 1622 it was promoted to a university. In addition to classrooms and bedrooms for the community, the Jesuits also built a library, a print room, a pharmacy, theatre and of course church buildings. Klementinum was merged with the Charles University in 1654, along with its library collection. The newly established Charles-Ferdinand University in Klementinum housed philosophical and theological faculties. The Jesuits had to leave Klementinum after the order was disestablished in 1773, but the university remained. After the division of the university into Czech and German parts in 1882, only the Czech part stayed. In 1930, the philosophical faculty moved into a new building and Klementinum became the seat of the National Library.

Klementinum has a long and rich history and to this day is an important place of culture and knowledge.

The Klementinum is situated in the city center of Prague, near Charles Bridge.