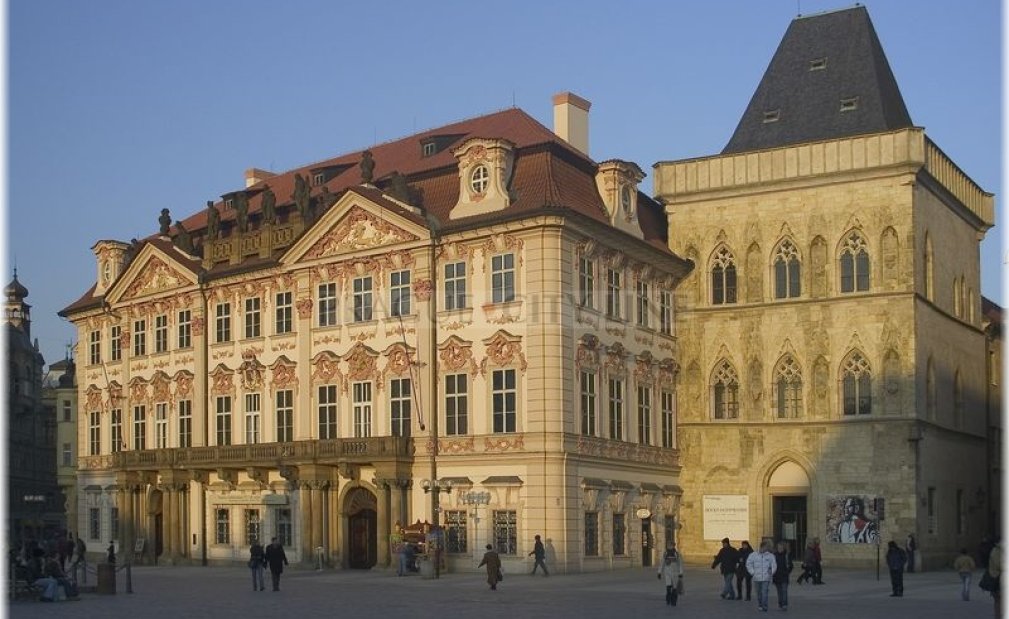 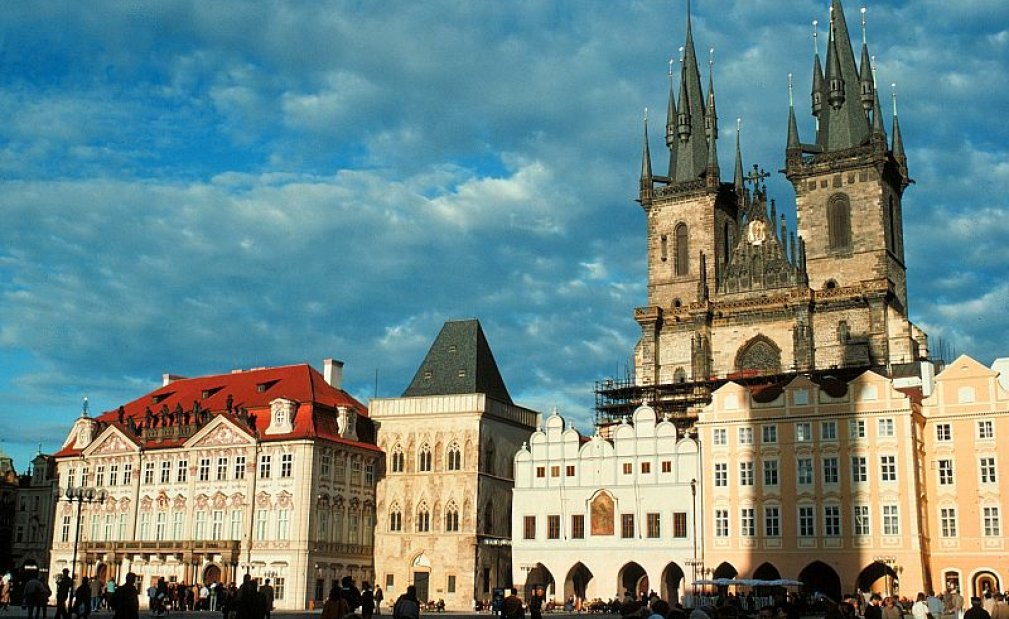 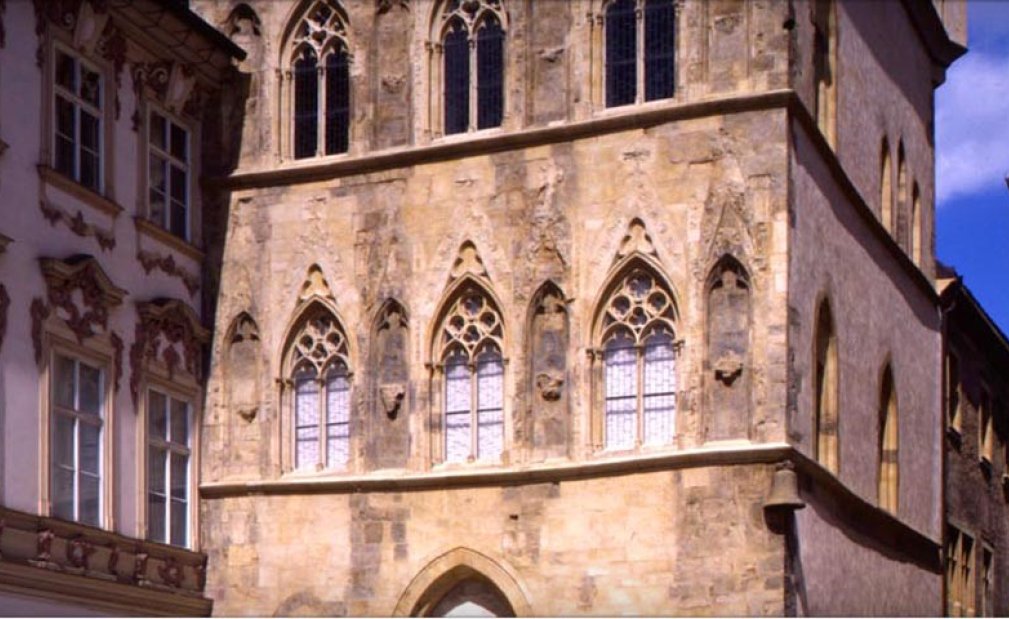 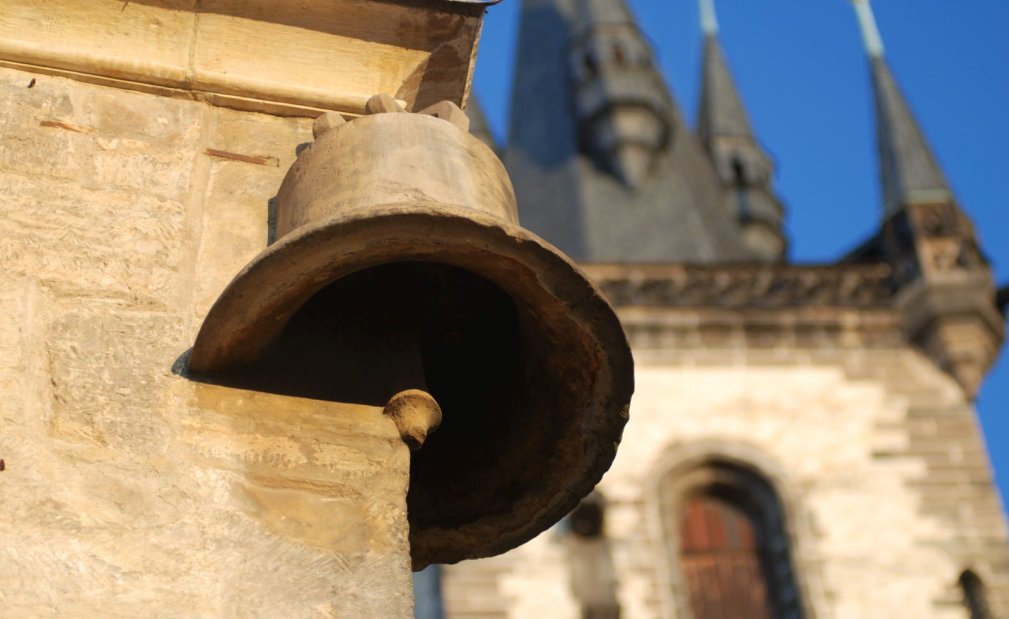 The remarkable Early Gothic house “At the Stone Bell” in the Old Town Square is one of the most interesting medieval buildings in Prague. It was probably originally built for the Royal family and its frontage was one of the most beautiful in Europe at the time. You can see how imposing Prague was in the middle ages there. A building of the house started in the second half of the 13th century.

With most probability, the house “At the Stone Bell” was built for Queen Elisabeth I. of Bohemia, mother of Holy Roman Emperor Charles IV. There are no written documents about it, but there are some pieces of medieval decoration found in the house and some of them probably represent the Royal family. Other interesting pieces of sculptures, such as a head of a lion with eyes made of glass or a head of a “savage man”, were found there.

The origin of the name “At the Stone Bell”
There is a replica of the original stone bell on the corner of the building, which gave it the name “At the Stone Bell”. It is placed there probably to remind the historical event from 1310, when the Queen Elisabeth´s parson used a bell to give a sign to the future king John of Luxembourg. It meant that he can come with his army and nonviolently occupy the Prague Old Town.

Emperor Charles IV. in the Stone Bell House
The first written mention of the house “At the Stone Bell” is from 1363, when it already belonged to the Prague goldsmith Pecolda of Cheb. But there are many legends and stories about possible inhabitants. Young future Emperor Charles IV. probably lived here with his mother when he returned from his studies in France in 1333. An old Prague legend says, that St. Ludmila, mother of St. Wenceslas, used to live there. Allegedly there was a chapel in the basement, where secret divine services were held when Christians were persecuted in Bohemia.

Reconstruction of the house
The house “At the Stone Bell” was rebuilt in Baroque style in 1685, but it was decided to restore it to its original Gothic look in 1961. The great results of the restoring works and the many decorations found there were a surprise even for experts. Discovered fragments of wall paintings were renewed and there are two chapels, one in the first floor and the other in the ground floor. The restored building was opened in 1988.